You can optimize WAN links with techniques such as:

Here is my Youtube video for more in depth coverage of this topic:

CDN Content Delivery Networks (a.k.a Content Distribution Networks): As the name says CDN technology allows you to share your content to large masses. CDN is a way you can scale up your website (or just about any content such as images, videos, live-concert streaming etc). You can build your own private CDN Networks or get can get CDN subscription commercial services via third-party CDN firms such as Akamai, Limelight, etc. I consider CDN as one among the WAN Optimization technologies, since it gives content owners/creators not only an option to distribute their content to masses across the world, but it also provides various benefits such as reliability, speed (faster page loads), etc.

For example Facebook uses Akamai CDN. You can find the proof in the below screenshot of the facebook page view source code: 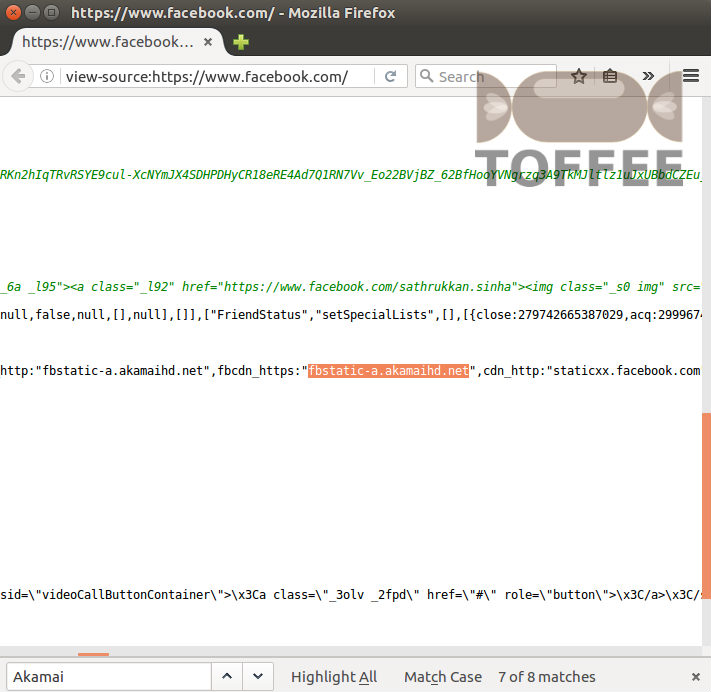 And in other case such as Google who built their own private super large CDN Network. In a case like Google they do not rely on third-party commercial CDN providers. Instead they custom built from scratch their content distribution network according to their needs.
Here is my Youtube video for more in depth coverage of this topic:

For example, in TOFFEE I do packet-wise byte-wise data de-duplication which I call it as Packet Templating feature. It is called Templating since I created thousands of templates for known frequently occurring traffic patterns specific to the packet's application protocol, packet's transport layer protocol (such as TCP/UDP) and so on. It is the Packet templating feature in TOFFEE which is lot more effective saving bandwidth in VoIP sessions, HTTPS (SSL sessions), remote desktop data (such as VNC, Teamviewer), remote MySQL Database connectivity, etc. Here is my Youtube video for more in depth coverage of this topic:

File Caching: File caching is the most oldest and fundamental WAN Optimization technology. One of the best example is caching feature in your browser which does not download pages or resources if they already exist in the browser file cache. And the other best example is your HTTP proxy file cache. Squid-cache is the most popular open-source file caching proxy for the Web supporting HTTP, HTTPS, FTP, and more.

File caching technique reduces bandwidth and improves response times by caching and reusing frequently-requested cache-able web pages (and other file resources such as images, css, java scripts and soon). But unfortunately due to increase in use of dynamic SaaS web applications, file caching is no longer effective in optimizing modern dynamic websites such as Facebook, Youtube, Google-mail, your banking portals, etc. File caching is not applicable for dynamic data such as realtime VoIP, network data-base connections, streaming, Netflix, corporate back-end web-applications/portals and so on. Since the content shared and transferred is not in the form of individual files.

File caching is also useless if you access a file which is not so commonly accessed. The files stored in the cache for certain period of time, eventually it expire and they get purged. So it works purely on luck basis and the real world use-cases are getting limited day by day.

CDN is build with thousands of file-caching servers deployed world-wide. Or in other words CDN is a super-set technology which uses the file-caching technique within its infrastructure. Lets assume you upload a Youtube video, once Google servers processes the same, the video is slowly distributed to various servers (in various geographical datacenters) across the world. And any user residing close to any of these servers may get content from these servers. And if the file does not exist in this server, it may pull the file from the main datacenter (or somewhere), and stores it in the file cache for future use. File caching technique used in CDN is a well scripted predictable choreography. But file caching employed in a generic WAN optimization device is not that effective for the same reasons discussed above. Here is my Youtube video for more in depth coverage of this topic:

Data Compression: Data compression specifically lossless compression is the most common WAN Optimization technique. Although data compression is not so effective for encrypted data (including VPN links), it is still highly effective in optimizing a majority of WAN Network data. If you have VPN links, try to install your WAN Optimization devices (such as TOFFEE), before the VPN devices. This way you can pass the optimized data into your VPN appliances. There are various losses compression algorithms exist and some of the popular ones are: LZ77, LZO, LZ4, LZ4-HC, etc.

Apart from this CCSDS have their own variant of RICE lossless compression algorithm. 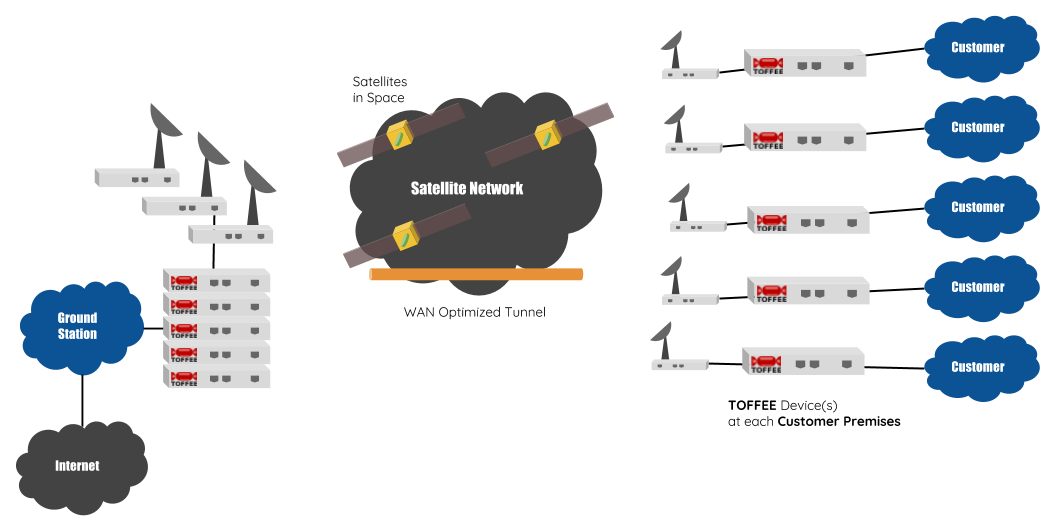 Here is my Youtube video for more in depth coverage on this topic: 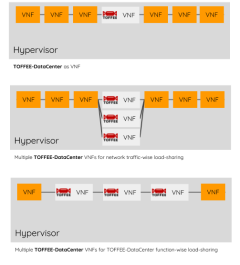 TrueBench - Linux CPU Benchmarking system ↗
Saturday' 13-Mar-2021
TrueBench is an unique open-source benchmarking system in which the core system performance and efficiency parameters are measured at extreme high resolution in the order of several million/billion µ-seconds for a given specific task. TrueBench is a part of The TOFFEE Project research.

Introducing TOFFEE-DataCenter ↗
Saturday' 13-Mar-2021
TOFFEE TOFFEE Data-Center is specifically meant for Data Center, Cluster Computing, HPC applications. TOFFEE is built in Linux Kernel core. This makes it inflexible to adapt according to the hardware configuration. It does sequential packet processing and does not scale up well in large multi-core CPU based systems (such as Intel Xeon servers, Core i7 Extreme Desktop systems,etc). Apart from this since it is kernel based, if there is an issue in kernel, it may crash entire system. This becomes a challenge for any carrier grade equipment (CGE) hardware build.
Watch on Youtube - [168//1] 306 - Introducing TOFFEE-Fudge - Network Packet Generator ↗