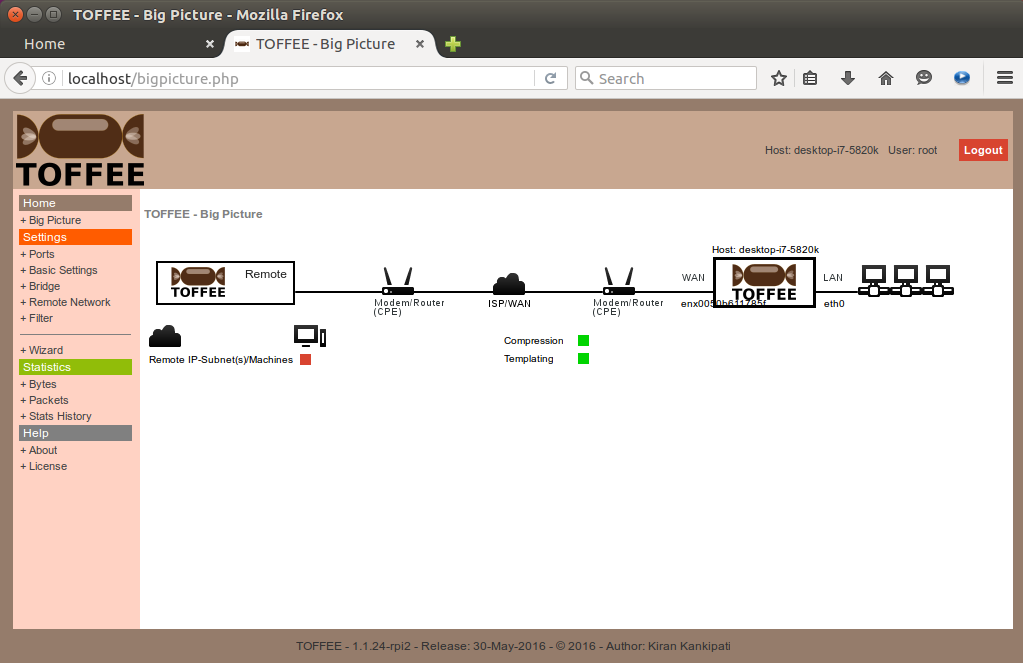 Raspberry Pi as a Networking Device ↗
Saturday' 13-Mar-2021
Raspberry Pi is often used as a single board computer for applications such as IoT, hobby projects, DIY, education aid, research and prototyping device. But apart from these applications Raspberry Pi can be used for real-world applications such as in making a full-fledged networking devices. Raspberry Pi is a single board ARM based hardware which is why it is also classified as ARM based SoC. Since it is ARM based it is highly efficient, tiny form-factor and lower in power consumption with moderate computational power. This will allow it to work several hours on emergency battery backup power supply such as low-cost domestic UPS and or some renewable energy source, which is a prerequisite for a typical networking device.

TOFFEE hardware selection guide ↗
Saturday' 13-Mar-2021
When you build a WAN Optimization device with TOFFEE the entire packet processing (data optimization) takes place in software layer or in other words more precisely Operating System kernel space. However if you have any compression or encryption hardware accelerator hardware card the parts of the TOFFEE packet processing modules can be offloaded to hardware layer and thus improving its efficiency.

Why TOFFEE is forked from TrafficSqueezer ↗
Saturday' 13-Mar-2021
TrafficSqueezer is an open-source WAN Optimization project. TrafficSqueezer is mainly a research project which is started around mid-2006. It is initially started as a research (or prototype) code even before it is officially registered in Sourceforge.net. But this code is just primitive user-space raw socket modules. This is later refined and a pre-alpha version is created. Followed by which Alpha release. This prototype code is moved from user-space to Linux Kernel (Kernel Space) and then the journey begin in terms of making a serious WAN Optimization solution. Once the pre-beta and beta releases are complete the mainstream series is started.
Research :: Optimization of network data (WAN Optimization) at various levels: